Steel is durable and sturdy and, thus, ideal for fencing. Much fencing that in the past used wrought iron now uses steel. So what is the difference between the two materials?

A prime difference between wrought and cast iron and steel is the amount of carbon they contain. General steel includes less than two per cent, while cast and wrought iron contain a higher measure, from about two to four per cent. This is important because carbon greatly influences how hard or soft a particular metal is.

Cast iron contains more carbon than wrought iron, and this makes it the harder and more brittle of the two. To create cast-iron objects, such as fence railings, manufacturers pour the molten iron (which also includes silicon) into moulds. The iron reaches its final shape once it cools in the cast. You can't reheat and reshape it due to its brittle nature — though, of course, recycling and remelting are possible.

The lower carbon within wrought iron creates a much softer and more malleable metal. Once heated, you can shape and rework it into various forms. Wrought iron contains iron and slag, which is a waste byproduct of the production process that includes sand, clay and stone. Both types of iron are prone to rust due to their carbon content.

Much iron fencing of yesteryear is now made via steel fabrication. Steel contains less carbon than both types of iron. It is quite a workable material once hot. Machines can roll it into sheets or force it through predetermined shapes to produce a wide range of objects, including fencing.

Steel is an alloy comprised of iron and a myriad of other chemicals and metals to produce specific qualities depending on its intended use. Thousands of different kinds of steel are in objects everywhere. One type, stainless steel, is famous for its resistance to corrosion. Its chromium content (from about 10 to 30 per cent) delivers this quality. It prevents the steel from rusting by reacting with oxygen to form a protective film that protects the iron content from air and moisture.

Whether fences are stainless or general steel, they still can withstand harsh and rainy outdoor conditions. If not stainless, other specific treatments can create protective layers. Galvanised steel wears a coating of zinc that remains after undergoing a dunking in a molten zinc bath. Powder coating also protects steel from the environment. 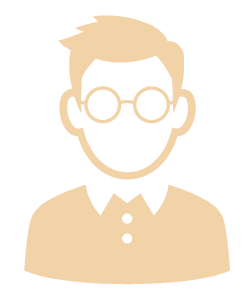